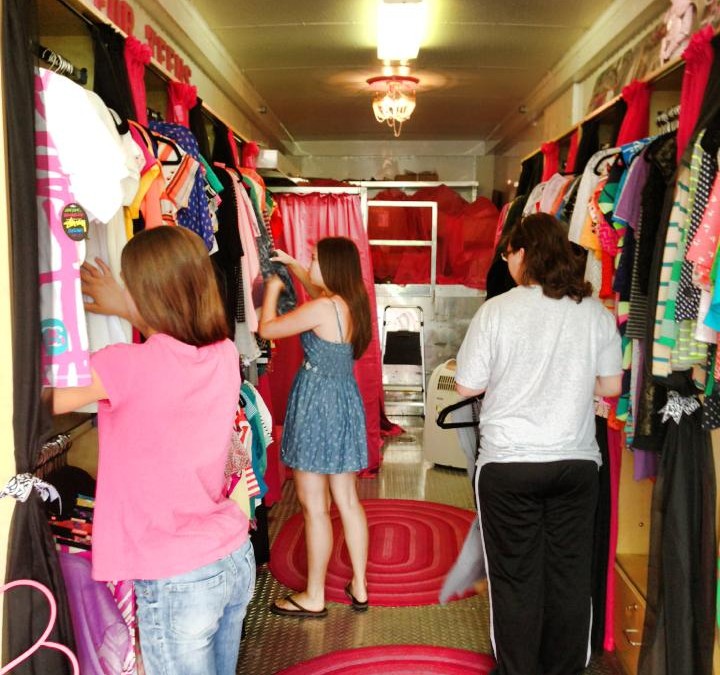 Today was a relaxing and rewarding day here in Louisville at Threads for Teens on Tour.  We began by setting up the trailer as usual and welcomed several guests early that morning including family and friends. One of our guests was Madison Roy and her family. Madison and her brother have a radio show in Louisville which they interviewed Allyson for that morning.  Soon after, girls began coming in at a steady pace.  One girl was a very picky shopper as she was looking for just the right casual t-shirt in an extremely small size.  It was a challenge to find an outfit that would put a smile on her face.  However, after searching through several boxes we were able to send her home with three shirts just her style.  Later in the day, a woman named Lucy who is a CASA volunteer from Louisville was able to come in and pick out a few outfits for girls who were not able to come to the mobile boutique.  Lucy was so excited to look around at all the beautiful dresses and tops. Referring to the foster girls she mentors Lucy said “They are going to freak, they have never had these kind of clothes”. 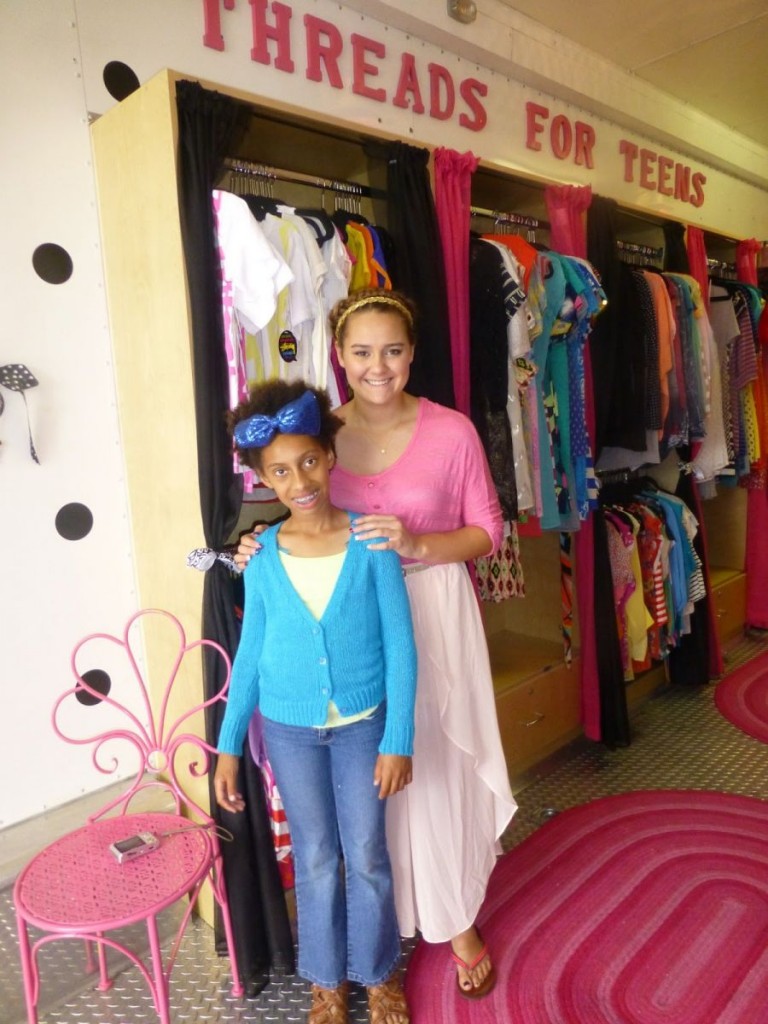 Madison Roy is a friend of Allyson’s who she met at Prudential Spirit of Community Award. Madison has raised over $9,000 through the sale of two books that she and her brother wrote. The profits go toward helping families dealing with leukemia and sickle cell anemia. 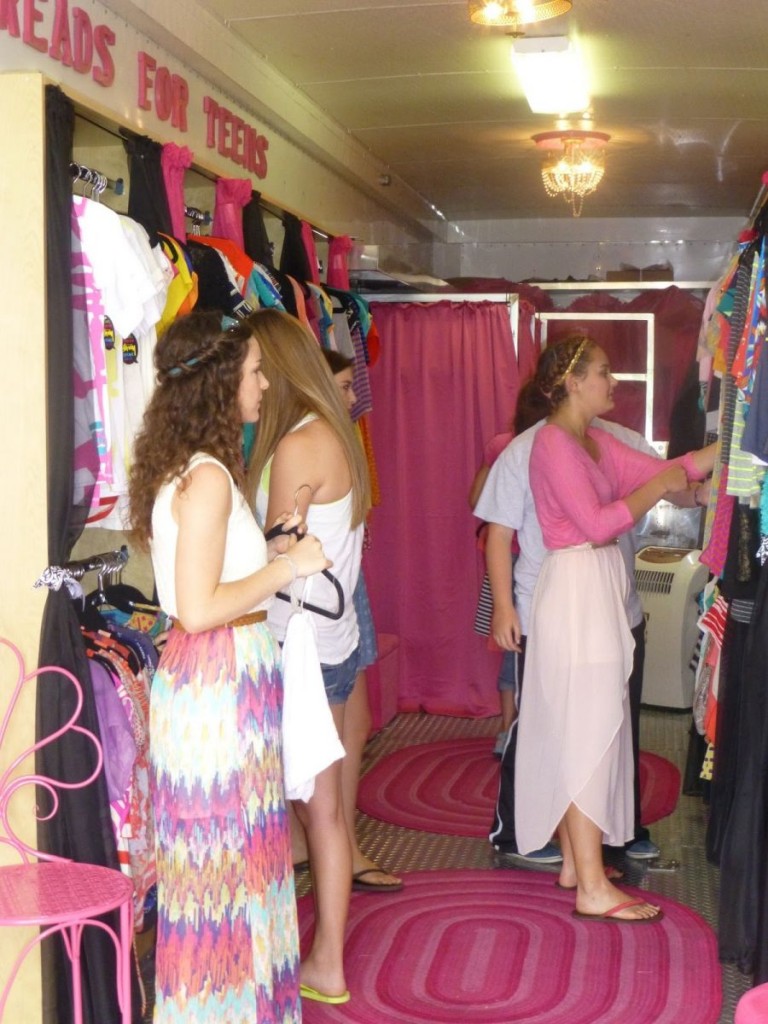 Some of the girls shopping during our stop in Louisville, KY. 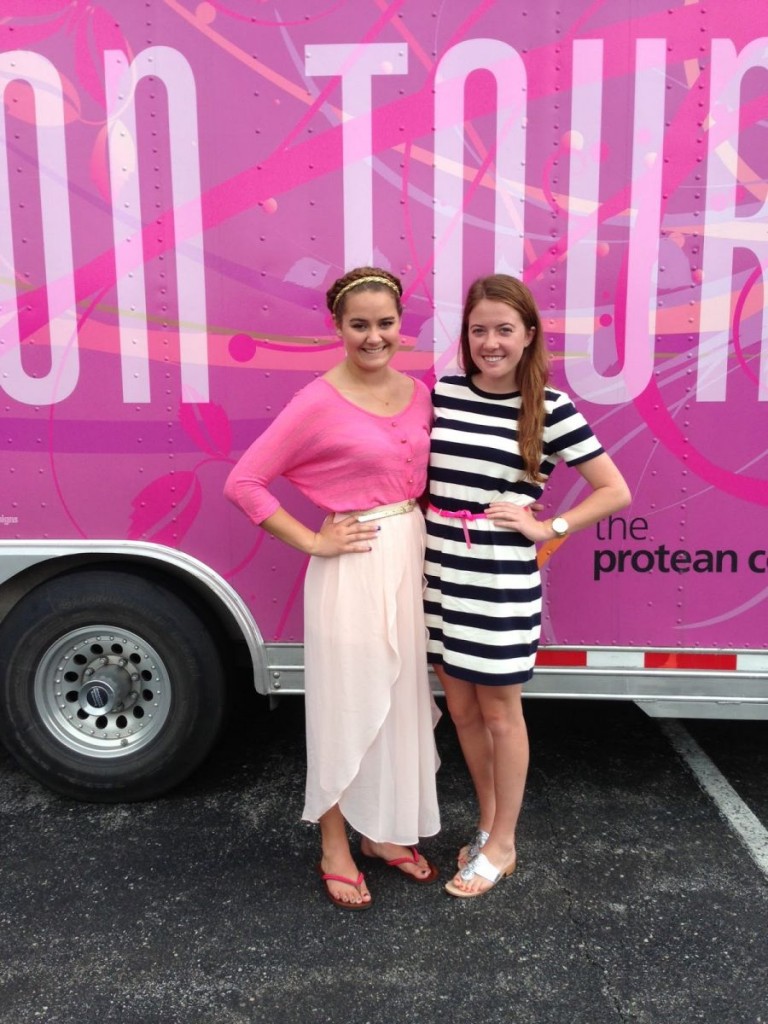