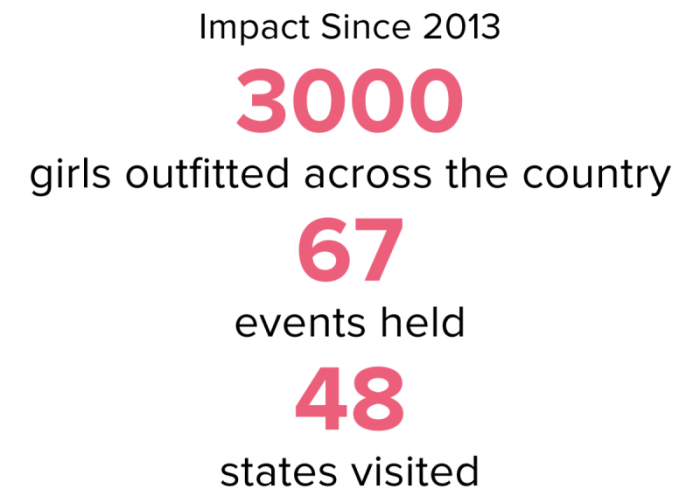 Donors like rue21, Keds, Claire’s Accessories, and Wildfox Couture provided many of the items that the girls received for the summer 2015 tour. As the Title Sponsor of the 2015 Threads for Teens Tour, rue21 sent volunteers and many clothing items. rue21 become involved with the Threads for Teens Tour through its recently launched rueGIVESback program. All of the girls who visited the summits loved the items they received. Stay tuned for more information or contact us HERE to become involved.