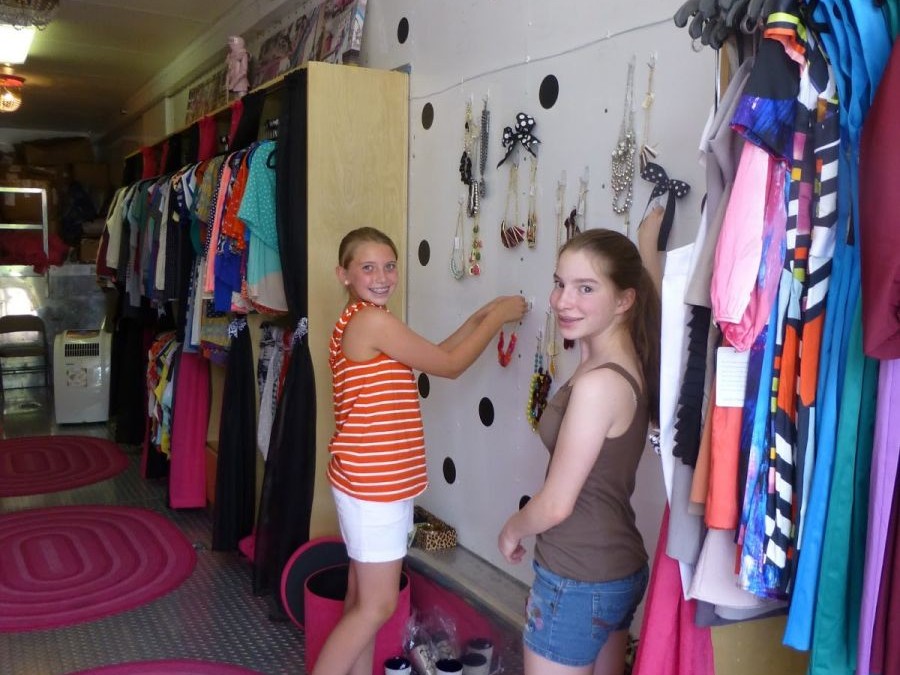 This morning we were pleasantly surprised to see Fox 31 news station filming the truck and trailer, waiting for us. Frank, the camera man/ reporter informed us that in Denver the news stations have what’s referred to as a “pool,” which means that though one reporter was on site, five Denver news stations will air the story. Unfortunately, Allyson was unaware that the press was going to be on site today so she was out running errands when Frank arrived. So- Natalie had to act as the Threads for Teens spokesperson. 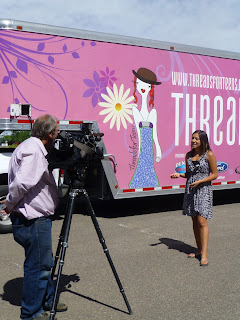 Frank from Fox 31, (and 5 other stations) interviewing Natalie. 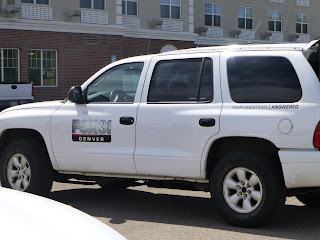 Fox 31 Denver news car.
Following the surprise arrival of Fox 31, Amy was approached by two very excited girls, their little brother and nanny. The group was looking for Allyson. The two girls, Emily and Michaela, had seen Allyson on the Disney channel and Nickelodeon Halo Awards. Emily was so inspired by Allyson and what she created, that she chose Threads for Teens as the benefactor of her bat mitzvah gifts. During her bat mitzah, Emily had to give a speech explaining Threads for Teens and why she chose it to be the benefactor of her bat mitzvah- so this twelve year old had certainly done her homework! She had researched Threads for Teens, its mission, the 48 state tour, and found out when we would be in Denver. She decided to plan to meet Allyson in Denver and present the donation in person. This twelve year old is quite impressive! Emily, Michaela, Sarah and Brady were a pleasure to meet and a big help! Emily, Michaela and Brady helped set up the jewelry wall this morning. Which they did with ear to ear grins. And after a short wait, Allyson returned from her errands- only making the girls’ smiles quadruple. They both were ecstatic to be meeting Allyson and were quite thrilled to know that their story and pictures would be put on social media. 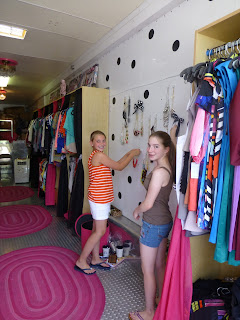 Emily and Michaela hanging jewelry on our jewelry wall. 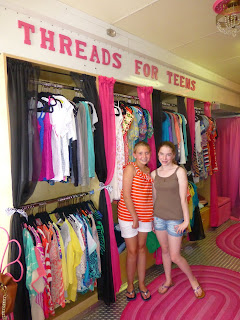 Emily and Michaela posing in the truck. 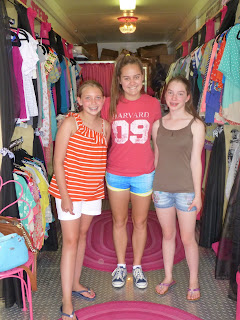 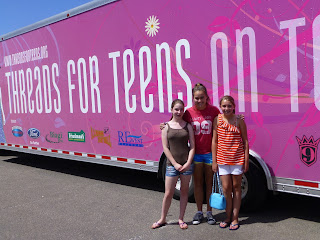