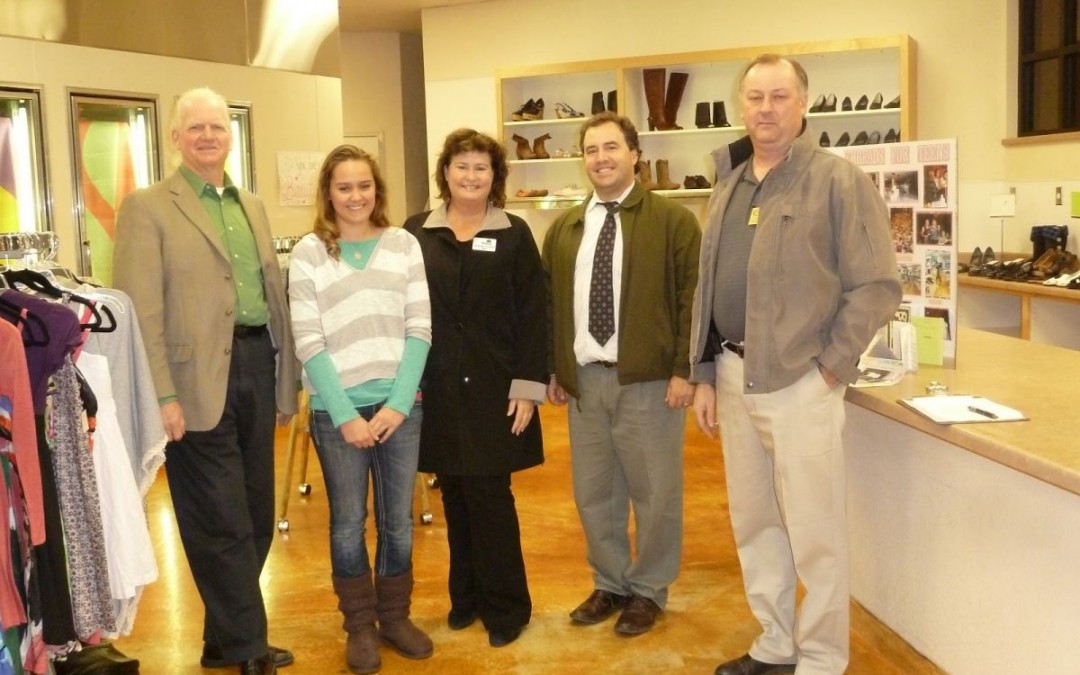 I hope everyone has been having a great holiday season! Mine has been filled with doing a lot of work for Threads for Teens. There have been some extremely exciting happenings occurring.

In November, Threads for Teens was featured in Costco Connection! I was so excited and shocked when Costco emailed saying that they would like to feature TFT. Click HERE to read the article online. The magazine is circulated to 8.2 million subscribers around the world. After the article was sent, I received so many emails from people around the country wanting to open Threads for Teens locations in their own towns. Hopefully soon we can turn those wishes into realities. 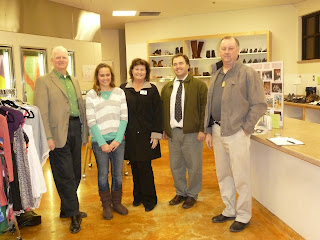 (Council Member Salmon, Me, Mayor Fudge, Mr. Kelley, Chamber Board Director Jones)
Mayor Debora Fudge of Windsor, along with council member Sam Salmon, chamber board director Will Jones and Interim Assistant Town Manager David Kelley visited the Threads for Teens boutique on December 12th. I Had a great time showing them around and telling them the Threads for Teens story. 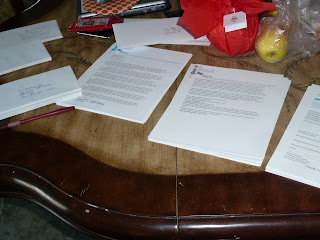 On February 25th 2012, Threads for Teens will be hosting a dinner/dance fundraising event. There will be live and silent auctions. I have been having a great time planning this event. Over three hundred letters have been sent out thus far soliciting donations for the auction portion. Today, I received confirmation for two items, which is extremely exciting! To the right is a picture of all of the different documents included in the letter. As more details of the event are firmed up, I will post them to this blog and on the Threads for Teens Facebook page. I would love to have as many supporters of Threads for Teens attend the event as possible!
In mid-March, Threads for Teens will be sponsoring a prom dress event that will give prom dresses to under-privileged girls. I am most excited about this event. If you have a dress that you would like to donate, please email me HERE. Threads for Teens will be working with several organizations in the county to make this event possible. Again, I will post more information as it is decided upon.I also would like to say that Threads for Teens’s board of directors are Lori DenBeste, Tarik Omar, and Judi Greaney. We had our very first board meeting in November, which was exciting. Thank you to them!
I wish everyone a wonderful 2012 filled with love and blessings!
Allyson Ahlstrom