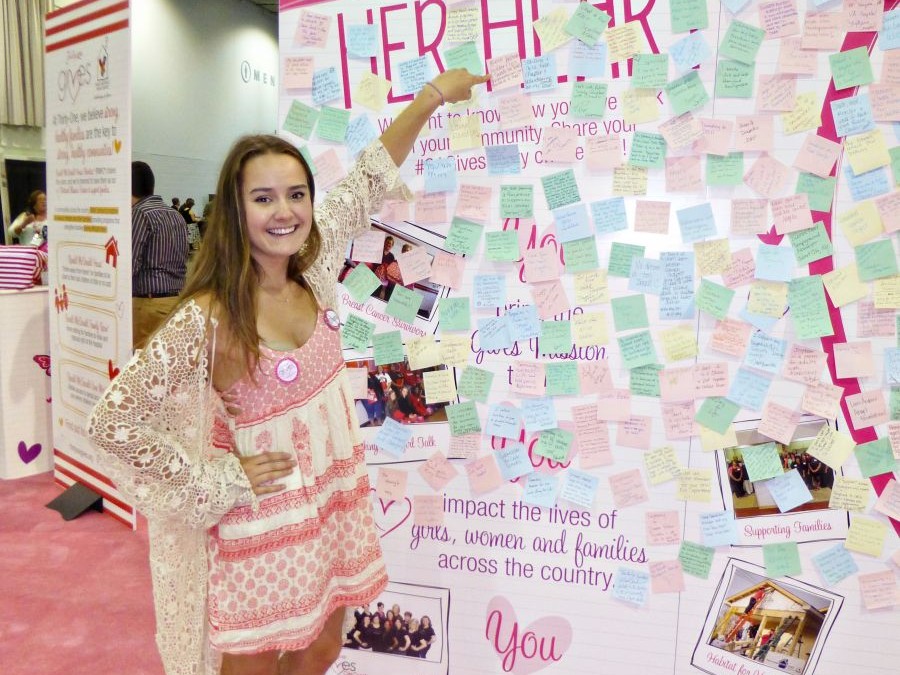 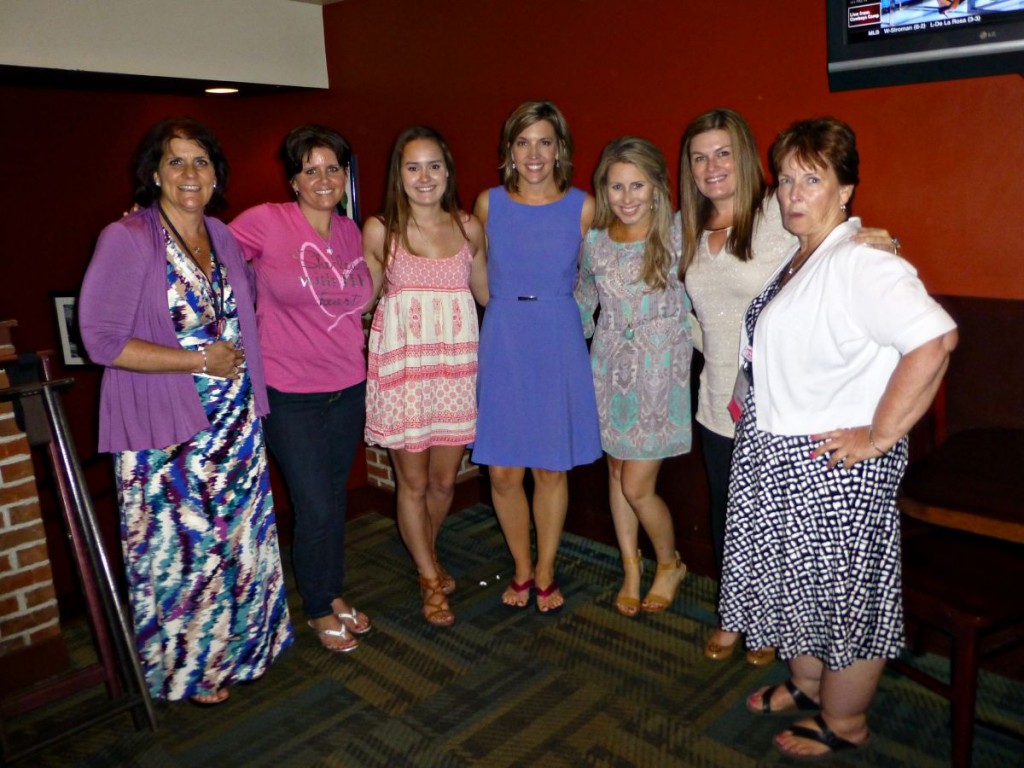 With the ThirtyOne Gives Committee

Columbus was an experience. Last year, the Crowne Plaza Columbus Downtown donated a one-night stay for us and hosted our event. This year, they were also kind enough to host us again! Juliann Beatty in the sales office, was so kind to help us out. She wanted to get more involved with Threads for Teens because she was so inspired from the previous year. Well, fortunately Thirty-One Gifts, an amazing bag direct sale company was having their annual weeklong conference in Columbus, right across the street from the Crowne Plaza Columbus Downtown. Knowing this, Juliann reached out to the head of charitable giving, Wendy, to let her know all about Threads for Teens. Thirty-One was really interested in Threads for Teens, especially since one of our main colors is pink 😉 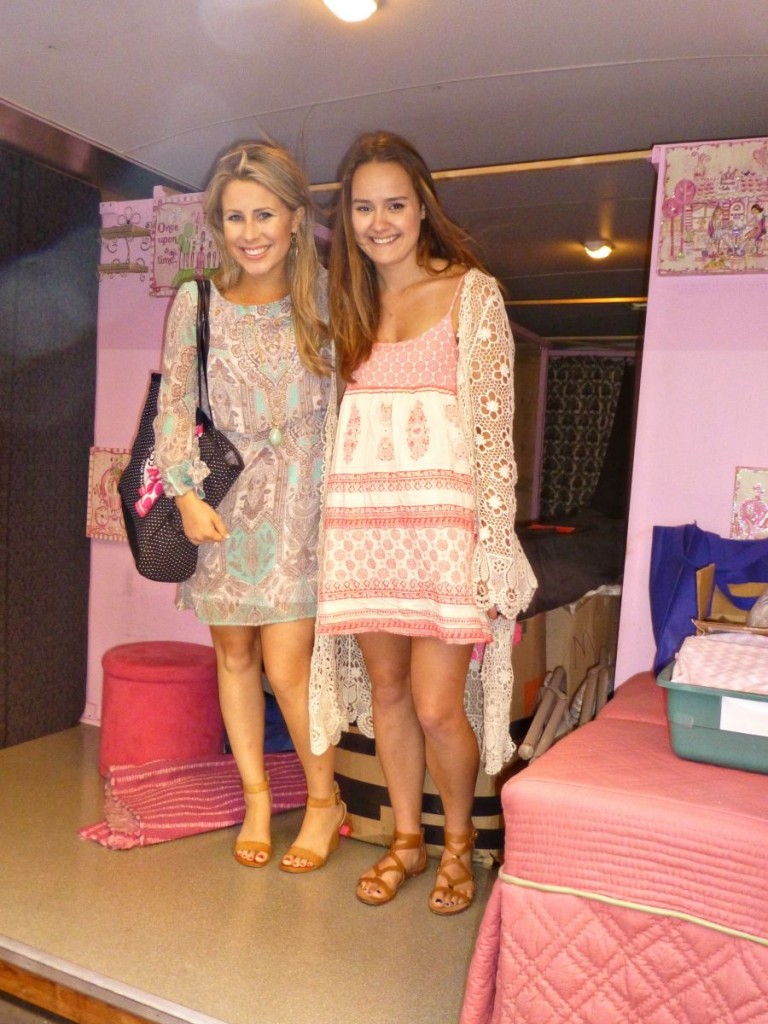 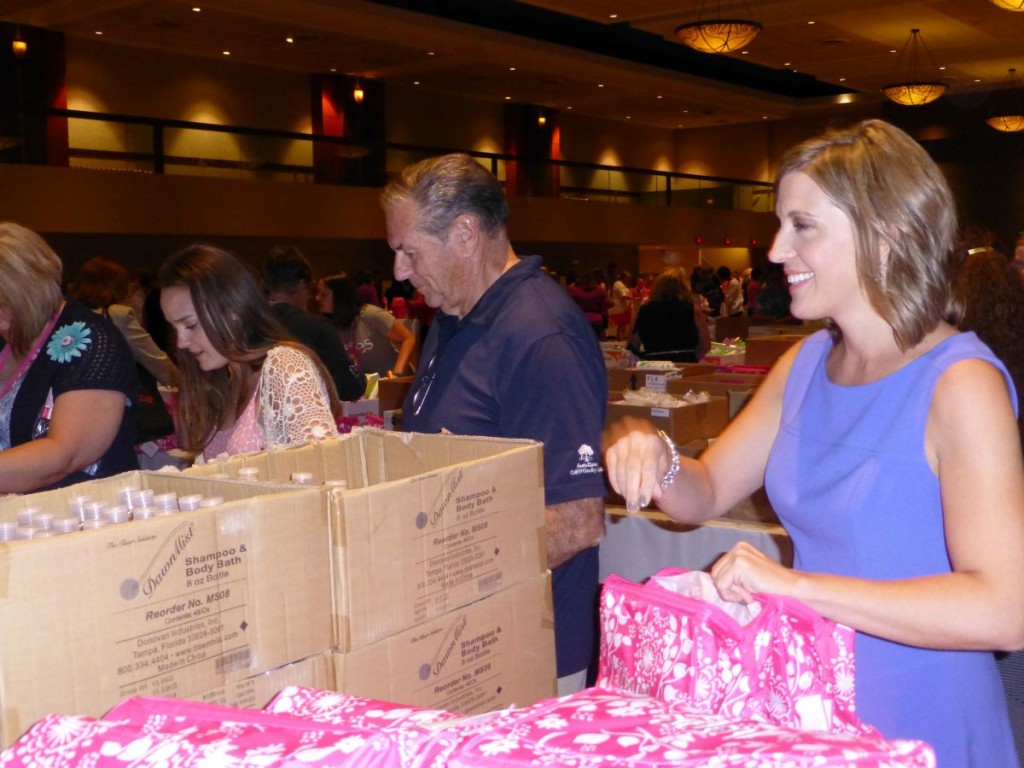 Stuffing care bags in at the Thirty-One Convention in Columbus, OH

Through this, Juliann coordinated the donation of 1000 Thirty-One product from their Thirty-One Gives collection. Furthermore, the night we rolled into Columbus from Detroit, we were able to have dinner with several amazing women affiliated with the philanthropy aspect of Thirty-One. This included Wendy Bradshaw, Director of Philanthropy for Thirty-One Gives; Haley Kilpatrick, Director of Girl Talk; Ashley Haley, Senior Executive Director with Thirty-One; Lisa Niederberger, Senior Director at Thirty-One; and (UNTITLED). They were all extremely supportive of Threads for Teens, and truly interested in the mission. Haley Kilpatrick’s organization, Girl Talk works to raise self-esteem in teen girls (sound familiar). Girl Talk is one of Thirty-One’s national charity partners. Haley is such an incredible young lady, who I really look up to. She started her organization as a teenager as well, so it was incredibly insightful to talk to her for the short time I was able. 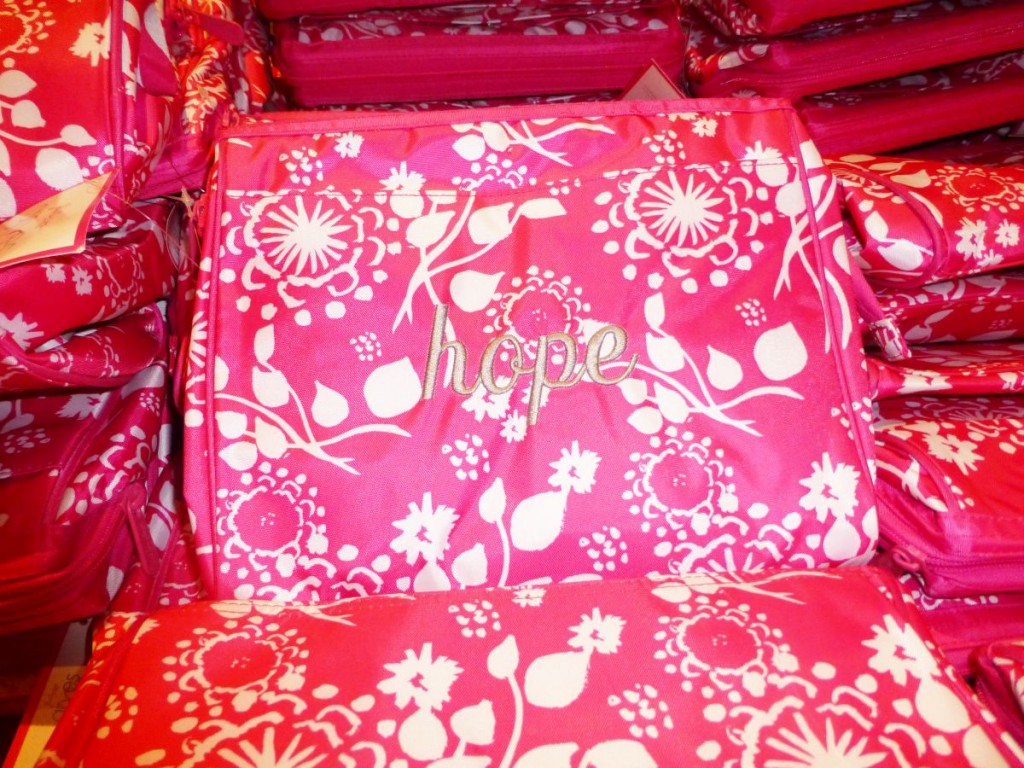 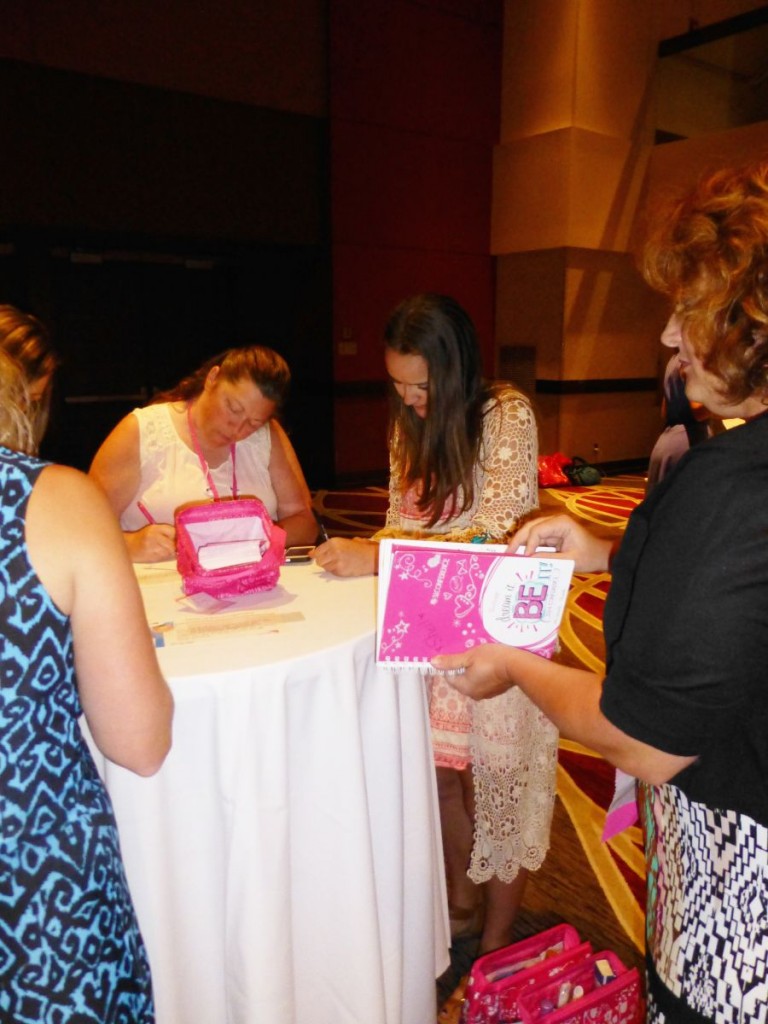 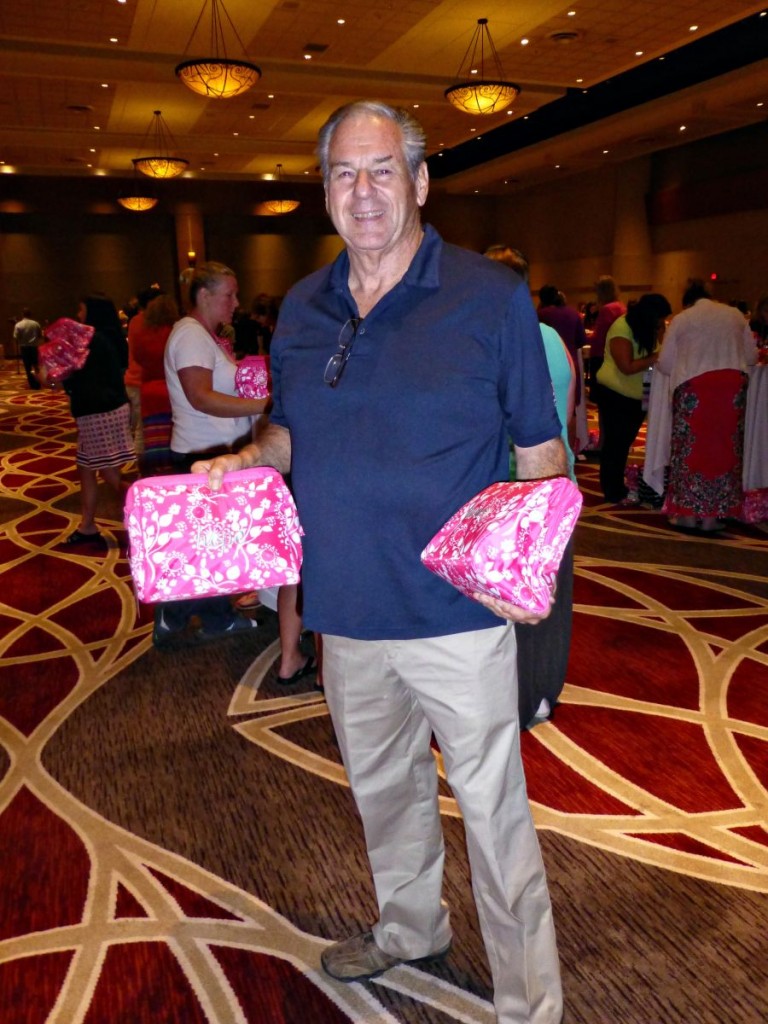 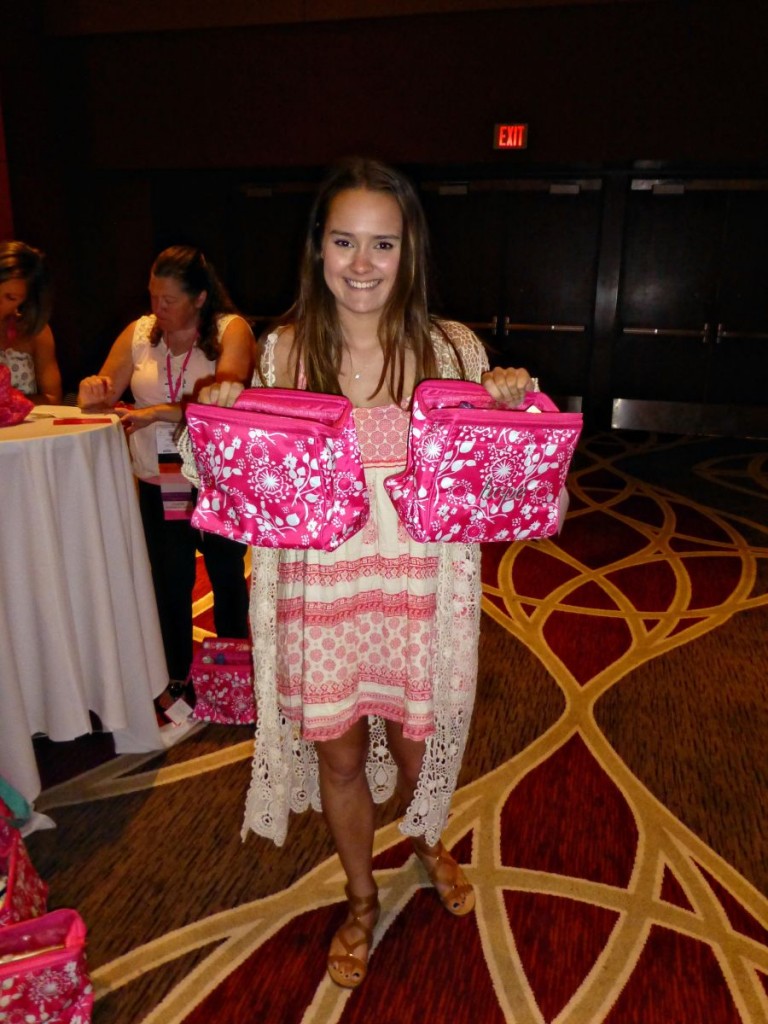 After dinner, they invited us to come to the convention and see what Thirty-One is all about in person! First of all, there were so many women everywhere!! 17,000 women attended the convention. As we were walking around, I am pretty sure Grandpa Gus felt slightly out of place! All of the women we were walking with were quite the celebrities and everyone kept stopping and asking to take pictures! Wendy was happy Grandpa Gus was with us because she had him be everyone’s ‘bodyguard’ so we could walk around the convention without it taking forever! First, they took us to a special room they had set-up for women to fill sanitary care packages. What was so special about this is that at the end, everyone writes a special note to place in the bags! We all filled a couple, and then started making our way toward the Thirty-One Gives booth. 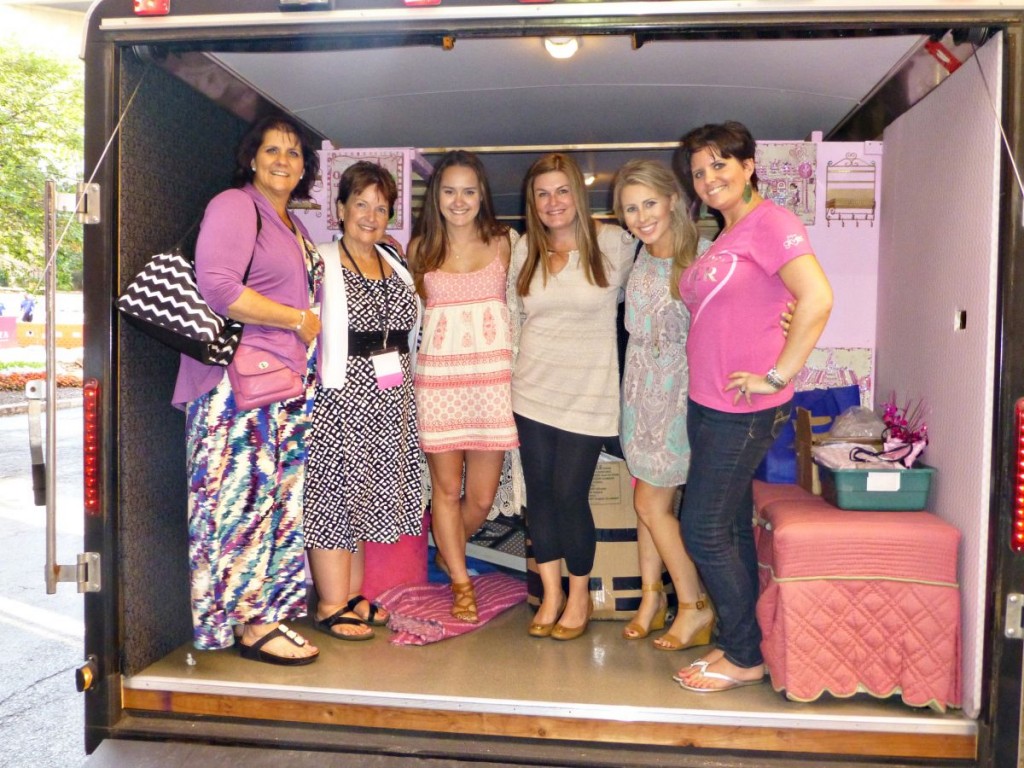 With the ThirtyOne Gives Committee

The Thirty-One gives booth was really inspiring to see in person, because many women who do not normally volunteer were extremely interested in learning more about Girl Talk and the Ronald McDonald House (Thirty-Ones other national charity partner). We also met Haley’s mom, who was dressed up in a bright pink wig, telling everyone how she could bring Girl Talk to her communities. If you don’t already know about Thirty-One Gifts and Thirty-One Gives, I would highly recommend checking them out. 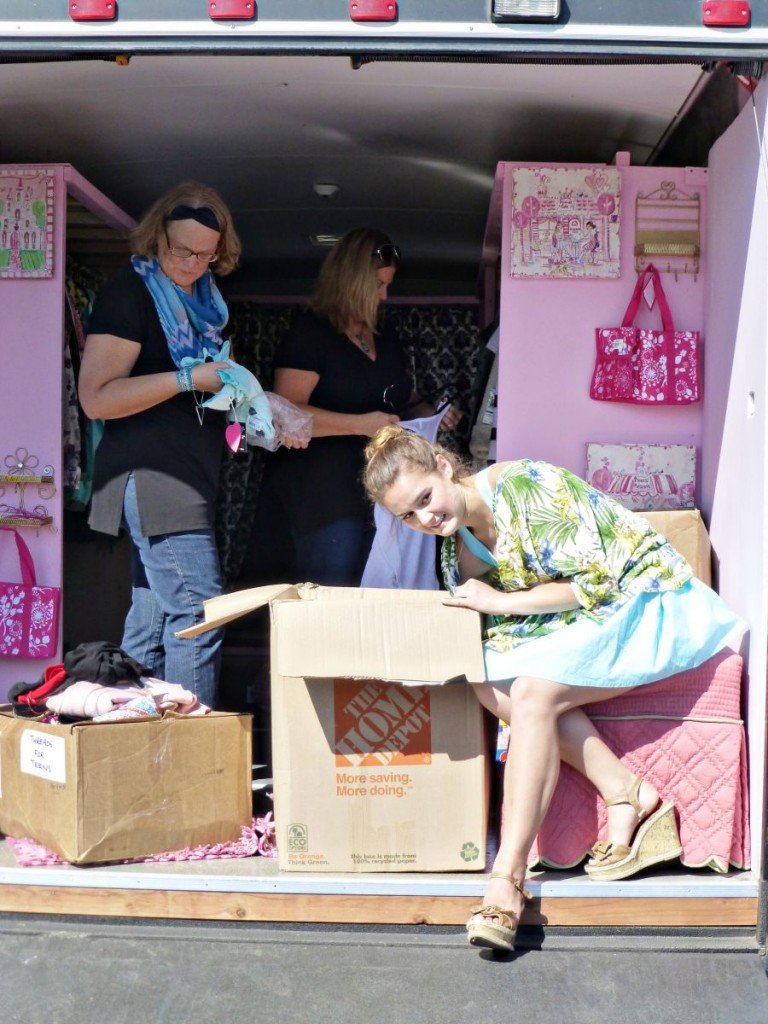 Setting up for the day

Onto Friday, where girls came out! Juliann from the Crowne Plaza Columbus Downtown made the most adorable sugar cookies with pink frosting for all of the girls, to match the Thirty-One Gives bags that were donated to us. Ashley Haley from Thirty-One also came in the morning to volunteer with us all day. She was in charge of passing out all of the Thirty-One bags and making sure the girls know about their inspiring mission. All of the girls were extremely grateful for the experience to come, and I got to talk with several of them about how this small gesture of new clothing would impact their lives for the better. One girl even wrote in the guest book, “It made me feel like I was special.” It is so sad that the girls who come to Threads for Teens don’t realize that they are special and are important and can accomplish anything. I keep stressing this because the girls who come are worth it, regardless of what they may be told or how they feel. Toward the end, Wendy and Haley also stopped by to see the mobile boutique in action. I am so grateful to be connected to such an amazing company as Thirty-One, which truly emphasizes girl empowerment. 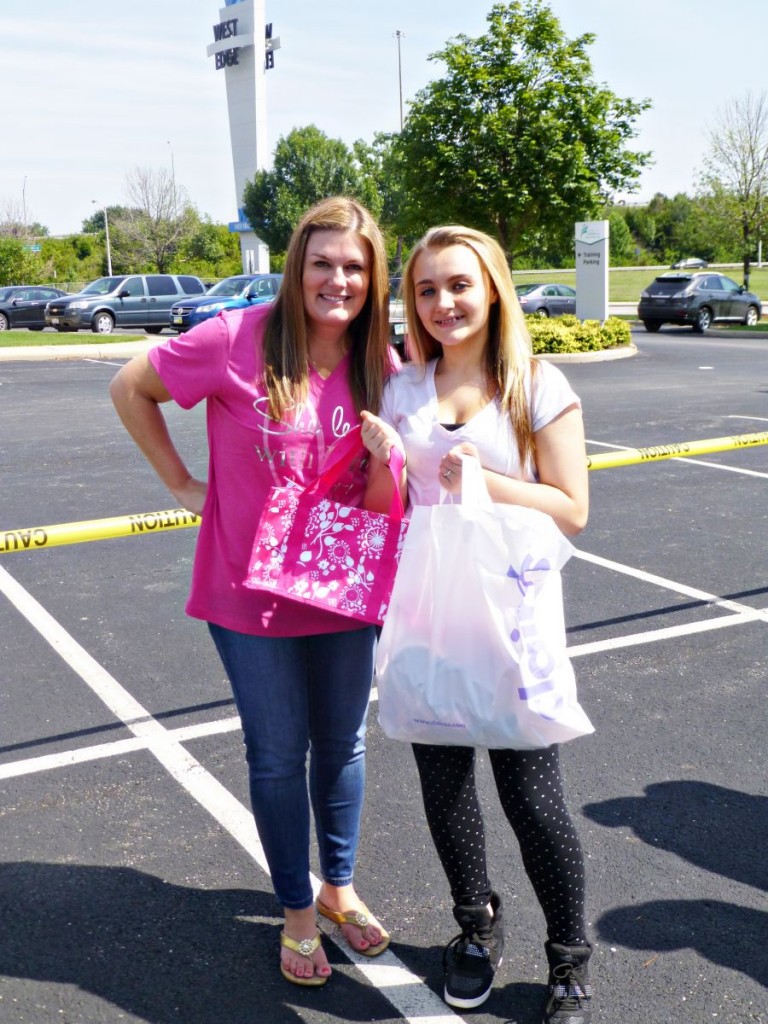 A happy shopper with Ashley Haley 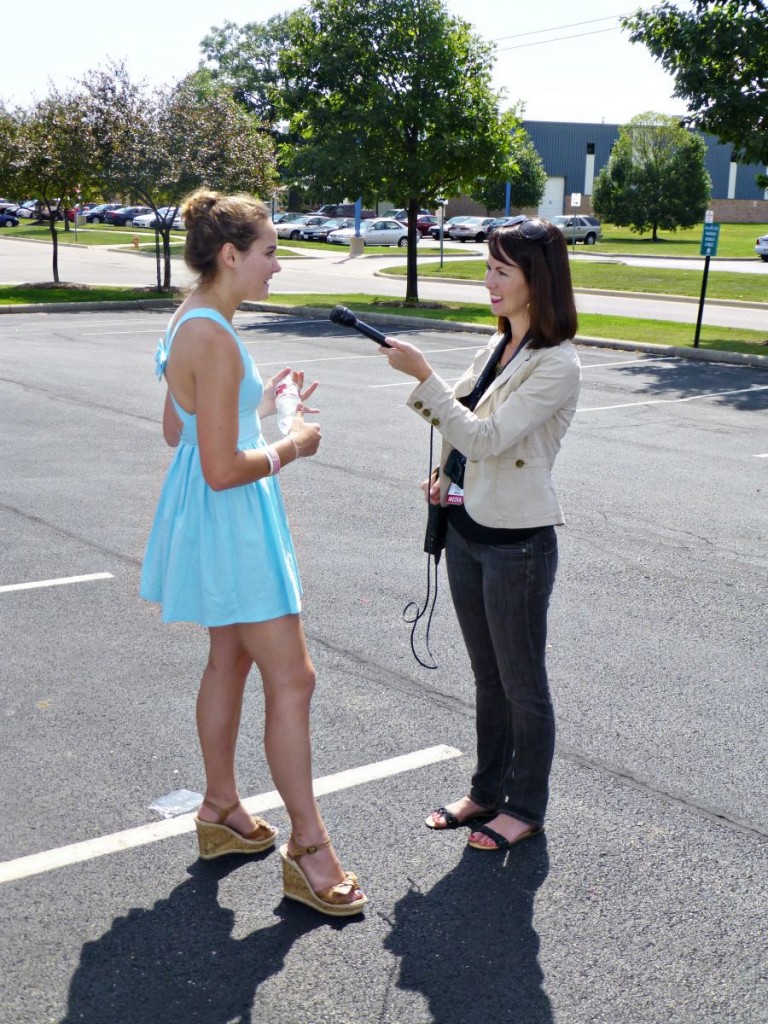 Being interviewed for the radio

I would like to end with something Juliann told me on the phone before we arrived in Columbus. When she was organizing all of this, she said to me that something I said to her last year really stuck in her mind. I said to her that Threads for Teens’ mission is complete if inspire one person to do something to make a difference for others or empower someone to go after his/her aspirations. Juliann told me I did exactly this when I said that to her and really took to heart how she could do something to help out. By making several phone calls, she has opened a great door of opportunity for Threads for Teens. Thank you Juliann! AND PLEASE, anyone who wants to help out with any type of organization, look at me or the example of Juliann. It only takes a small gesture to make a big difference.