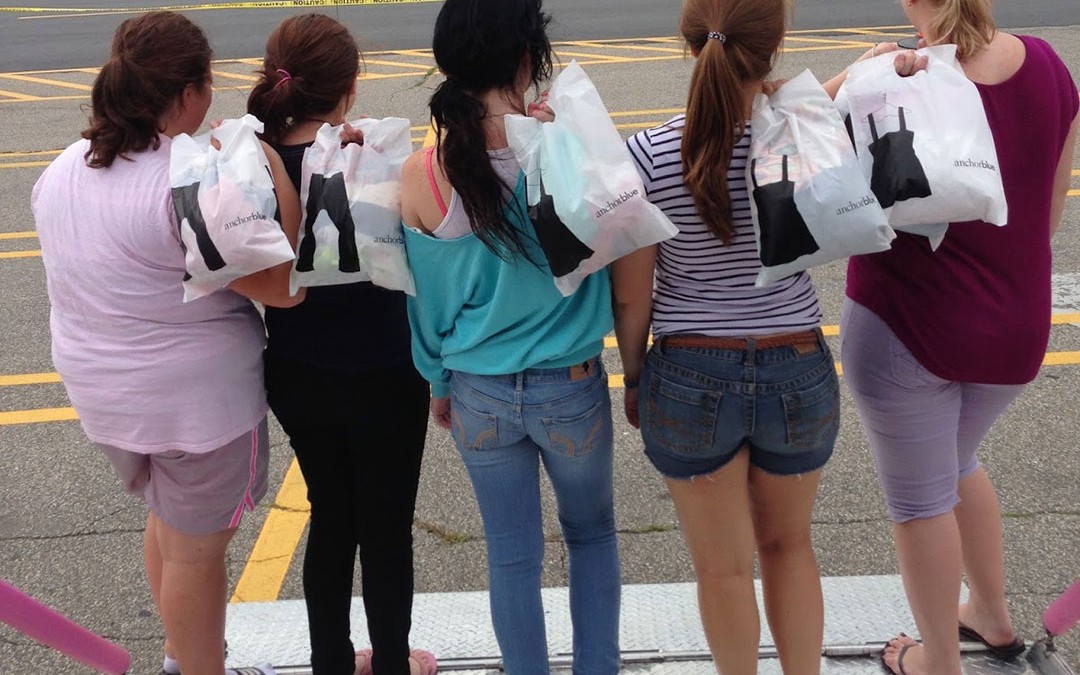 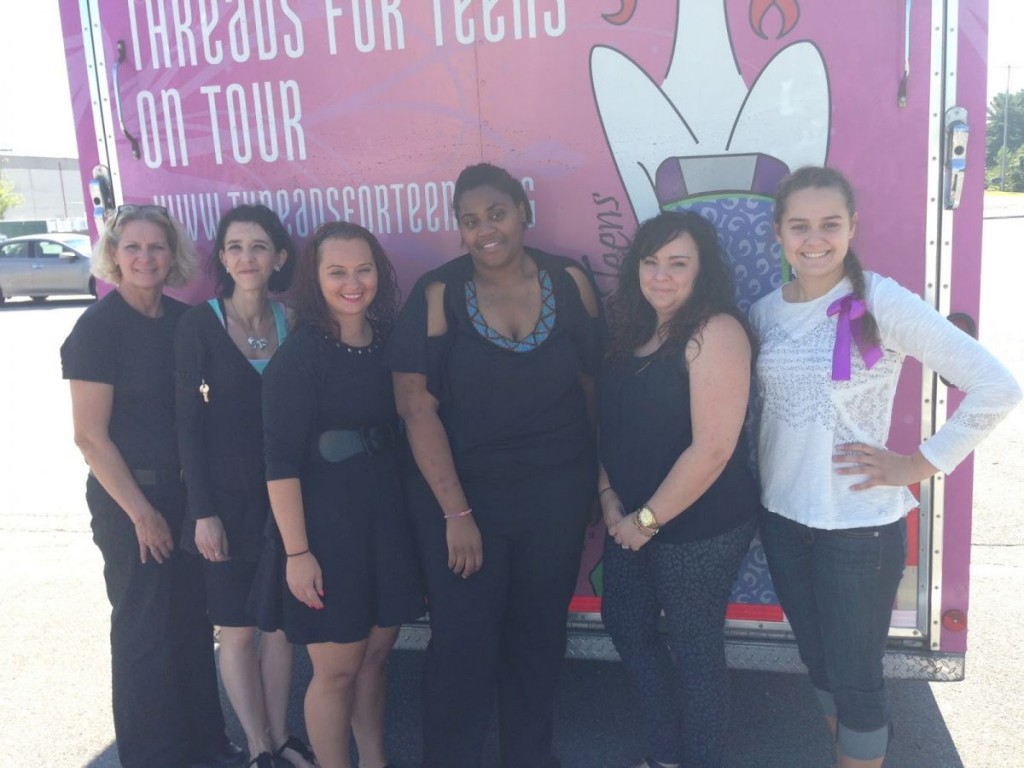 Claire’s Volunteers in Portland, ME with Allyson

On Thursday, August 1st, once again we woke up bright and early to hold our second day of doing double appointments. Our first set of appointments occurred in Portland, ME at the Maine Mall! We went over to the truck around 7:45 to start setting up, and were pleasantly surprised by the temperature. It was breezy and cool, a stark contrast to what we had been getting used to over the past two months. Once again, we were greeted by five awesome Claire’s employees. They immediately began to take over hanging and arranging accessories. I always love seeing how each group adds their own personal touch to setting up the jewelry! They also brought two super cute gift baskets, each themed with a state: Maine and New Hampshire.

Over twenty girls came to shop at the mobile boutique, including one girl who was driven from over 155 miles away! This stop was in fact our easternmost stop of the trip, which was definitely cool. On this day, we held appointments from 8am-10am, so before we knew it, it was time to pack up and make the 2 hour drive to Manchester, NH. 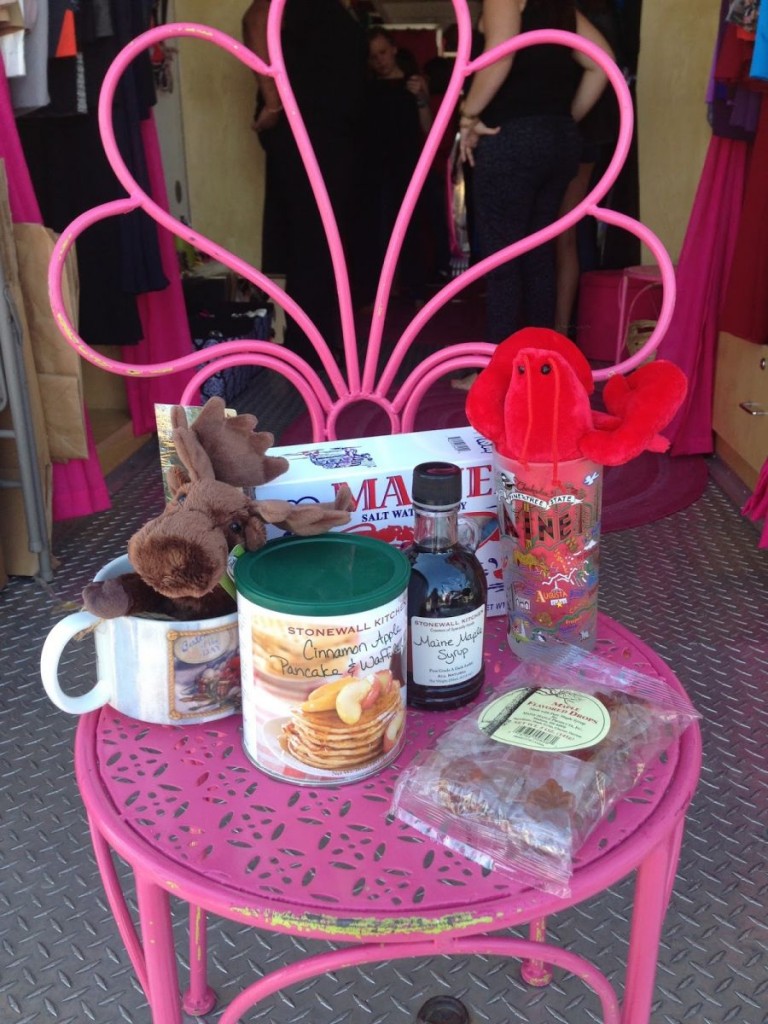 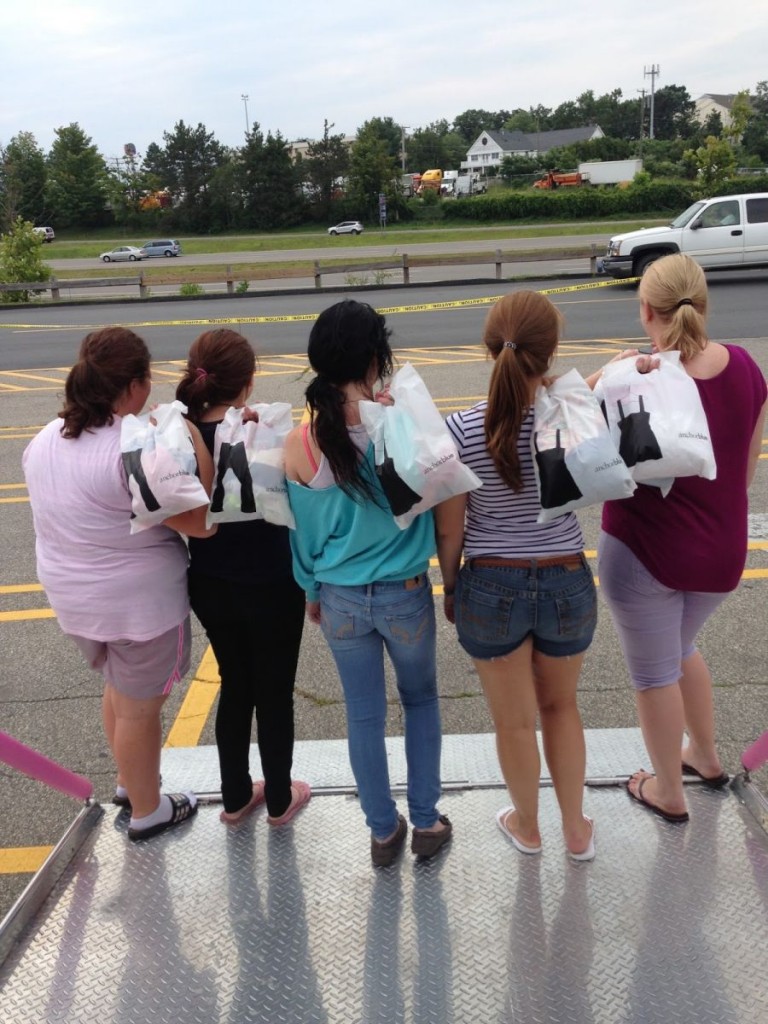 Happy girls with their new clothes! 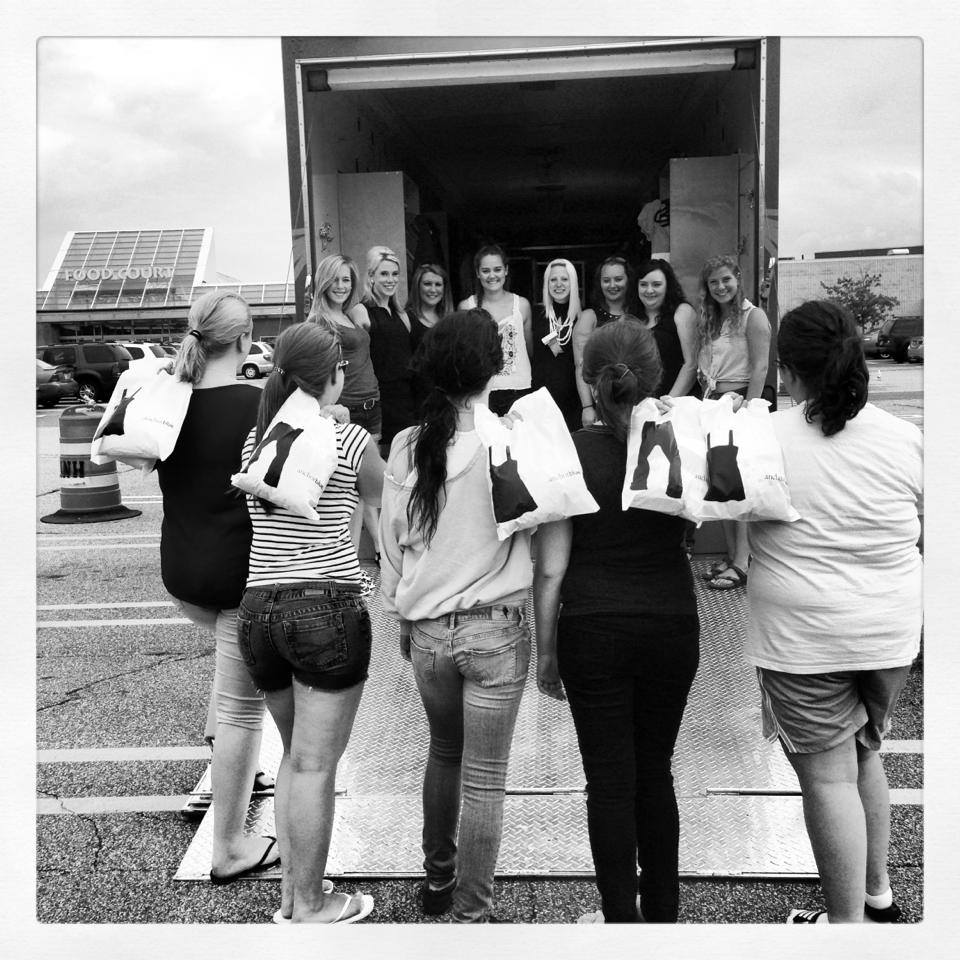 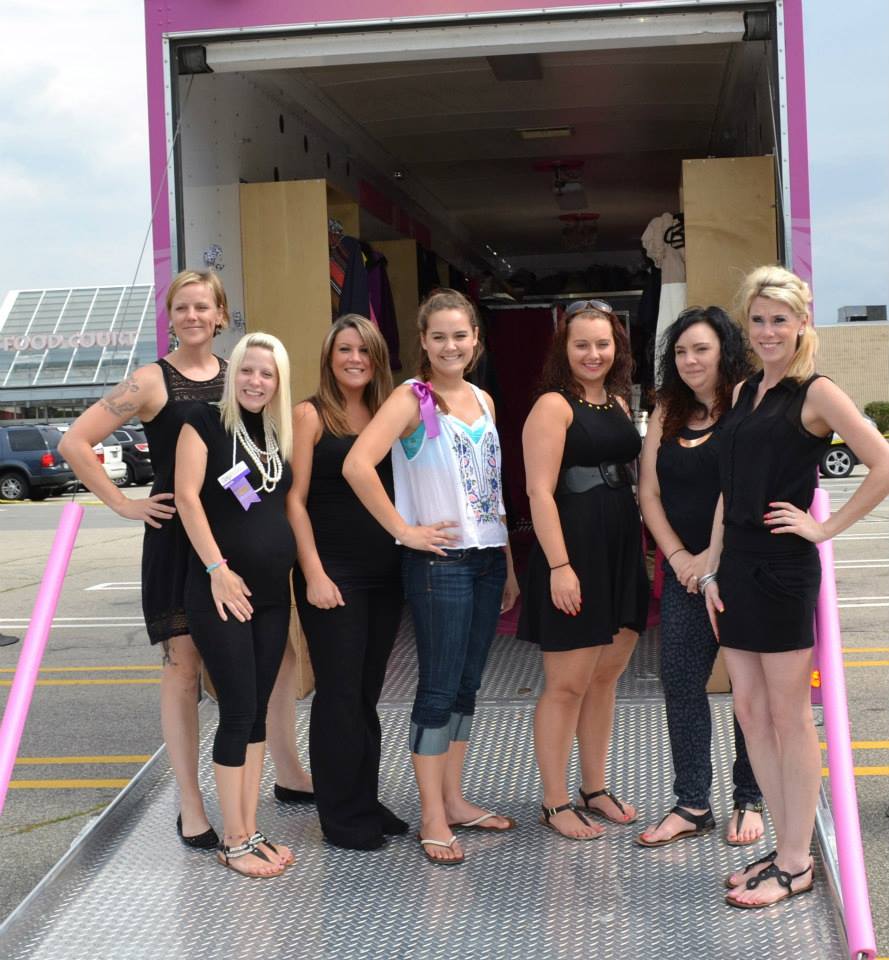 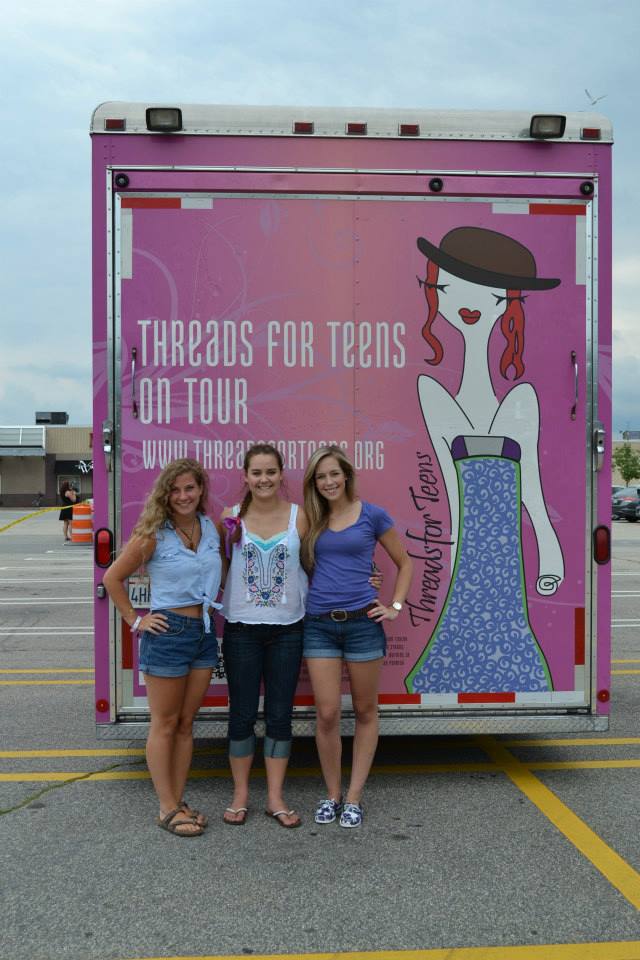 In Manchester, I was super excited because my friend, Lauren Sundstrom, who I met this past May at the Prudential Spirit of Community Awards came out to volunteer with her friend, Becca, and mom, Lisa. All three of them were super helpful. Lisa was our resident photographer for the day, which was awesome since we generally don’t have that much time to take pictures, and also manned the fitting rooms to make sure girls were getting clipped in and out. Lauren and Becca acted as personal stylists to the girls, along with all of the Claire’s employees. Because of this, I (Allyson) was able to climb up into our inventory and bring down a bunch of new stuff for the girls to choose from. At our stop in Manchester, ten lucky ladies came out to shop and had an absolute blast! Everyone was so helpful in getting the boutique set up and taken down. A special shoutout to all of the ladies who came to volunteer from Claire’s! The girls especially were so grateful for the experience. In the guestbook for our Manchester stop, here are some direct quotes, “Thank you so much for all you have done. This is great,” and “Thank you so much, what you’re doing is incredible!” 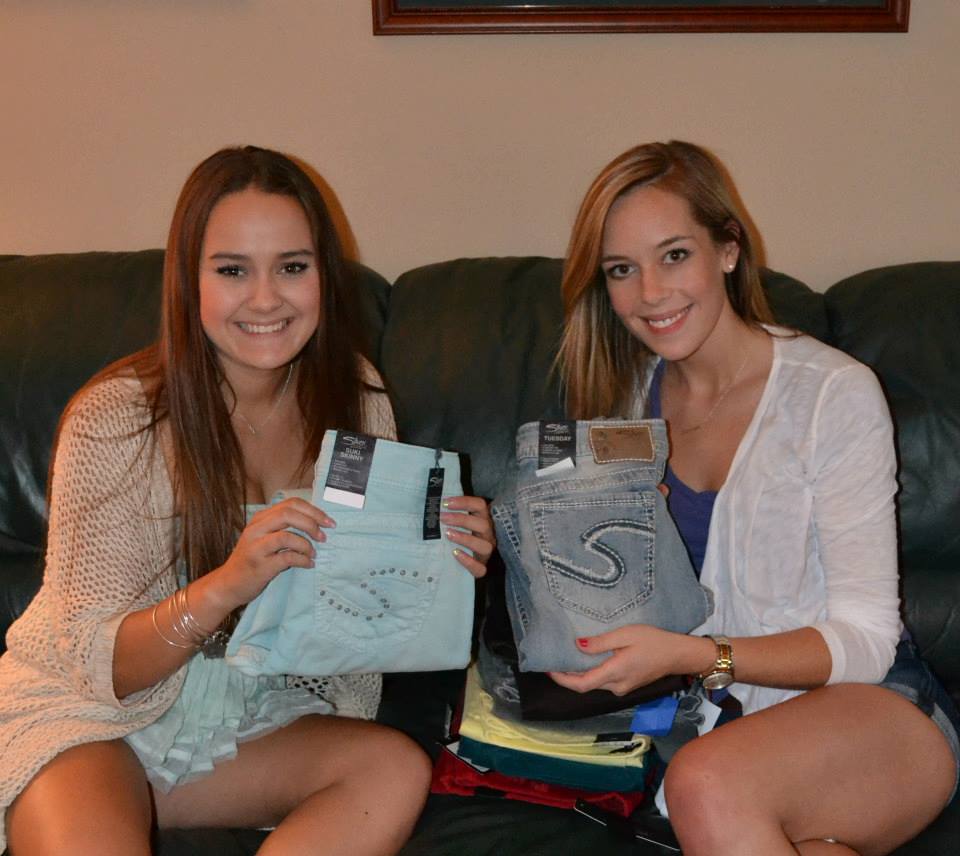 Now back to Lauren, because I have to tell all of you readers about the amazing service work that she does! She started an organization called Clothes for Hope, which raises money through the sale of clothing, to support schoolchildren in Ghana. Here is an excellent explanation of her organization, courtesy of Prudential:

“Lauren, a senior at Newburyport High School, conducted a clothing drive and sale that raised $30,000 to provide uniforms, desks, books, computers and other badly-needed resources for two schools in Ghana, West Africa. Lauren spent two weeks volunteering at the two schools in 2011, and “returned to America with an awareness of poverty that few of my peers had,” she said. “I learned that children in Ghana could only go to school if they were able to purchase a uniform, costing merely $9, which proves to be an unrealistic expense for most village families.” Even those who can afford uniforms sit in “classrooms that often lack desks, books or even educators,” said Lauren.

Then one day, as she was organizing her closet and culling clothes she’d outgrown, Lauren suddenly hit upon an idea: she could collect other people’s surplus clothing in her community and resell it to raise money for students in Ghana. She began sharing her idea with school groups, Girl Scout troops, local businesses and organizations, and over the course of five months, more than 200 volunteers, business owners and community leaders helped Lauren collect more than 7,000 pieces of new and gently used clothing, shoes and accessories. She sold most of them at her “Shop for a Cause” sale that rang up over $23,000 in eight hours. The unsold clothing was donated to local families in need, and additional donations and events after the sale brought Lauren’s total to $30,000. Four months later, she returned to Ghana to deliver her proceeds, which provided more than 180 school uniforms; desks for over 100 students; four new computers; hundreds of books, toys and supplies; and the funds to build a middle school, library and teacher’s conference room.”     Now, in just four days, Lauren is going back to Ghana with her mom for nine days to distribute all of the donations to young school children in Ghana! She is absolutely incredible and I was so happy for her to come out to the boutique. In fact, Lauren generously donated several pairs of brand-new jeans, left over from our last clothing sale to Threads for Teens. And even after we packed up in Manchester, Lauren and her family invited us to hang out with them in Newburyport (their hometown), for a couple of hours. We had such a great time, and are now all in love with Newburyport, MA. Everyone make sure to check them out on Facebook, so they will be documenting their entire trip to Africa! We would like to extend a huge thank you to the entire Sundstrom family for being so extremely hospitable to us. THANK YOU!

Up Next: Boston, MA!