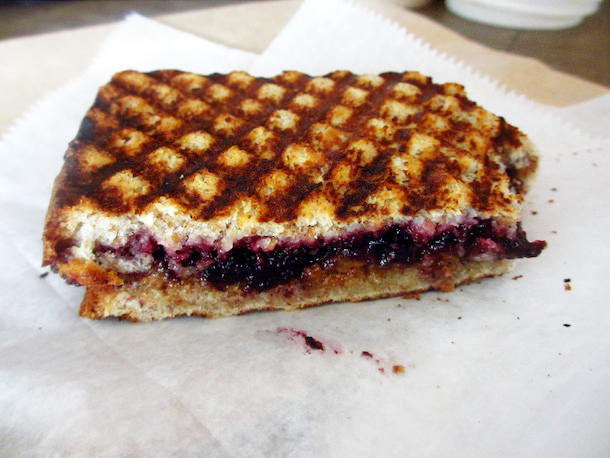 If you really like Peanut Butter and Jelly sandwiches, you NEED to check out the pecan butter and blueberry preserve Panini sandwich from Elaine’s Coffee Call, which is connected to the Hotel Lincoln in Chicago. Last year, the Hotel Lincoln also hosted last year, which is when I first discovered this incredible creation. Needless to say, I devoured the PB&J for breakfast and then bought a second one for lunch. We actually held our event a bit outside the city, so unfortunately we could not stay long to enjoy the quirkiness of the Hotel Lincoln. We left the hotel by 7:45am to make it to Hoffman Estates, where Claire’s Accessories Headquarters is located. 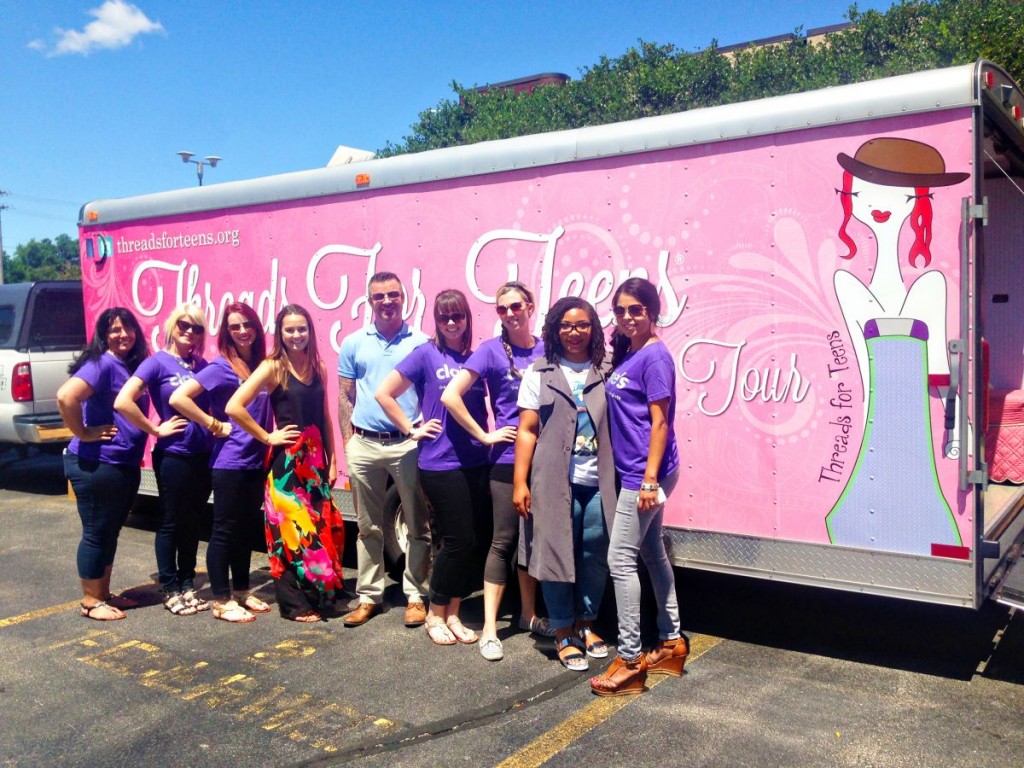 I have mentioned this many times in my blog posts, but Claire’s is really incredible in the sense that they have supplied volunteers for many of our stops and were so generous to let us park at their HQ. I would like to personally thank Maryann Porter for helping to arrange all of this. She is incredible and really the reason why Claire’s is on our side. 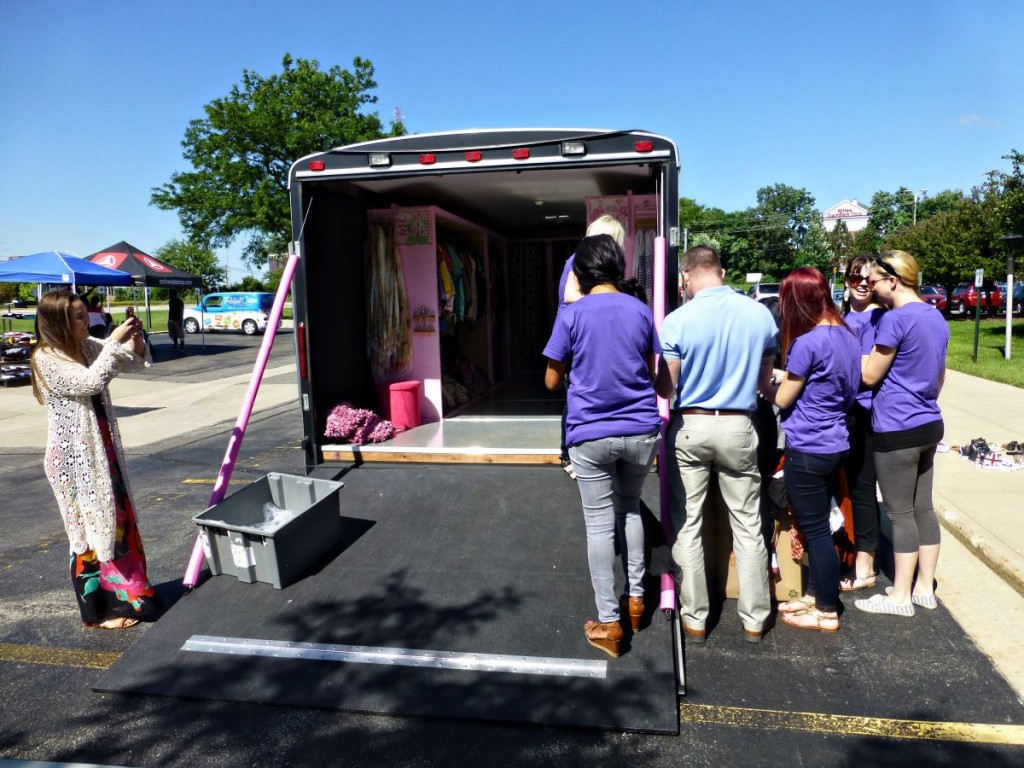 When we arrived Wednesday morning in Chicago, we were greeted with seven amazing volunteers, who helped to get everything looking perfect in the mobile boutique. Also, Nikia Jefferson of ChiTownFashionista.com, a local fashion blogger from Chicago, came out to volunteer! She is so super stylish, so make sure to check out her blog. She was also a great help to the girls, in making sure that they chose items that they loved and felt confident wearing. We were also given A TON of super cute new bags and backpacks from Claire’s! They really made the inside of the trailer look so much better with the way they were arranged. 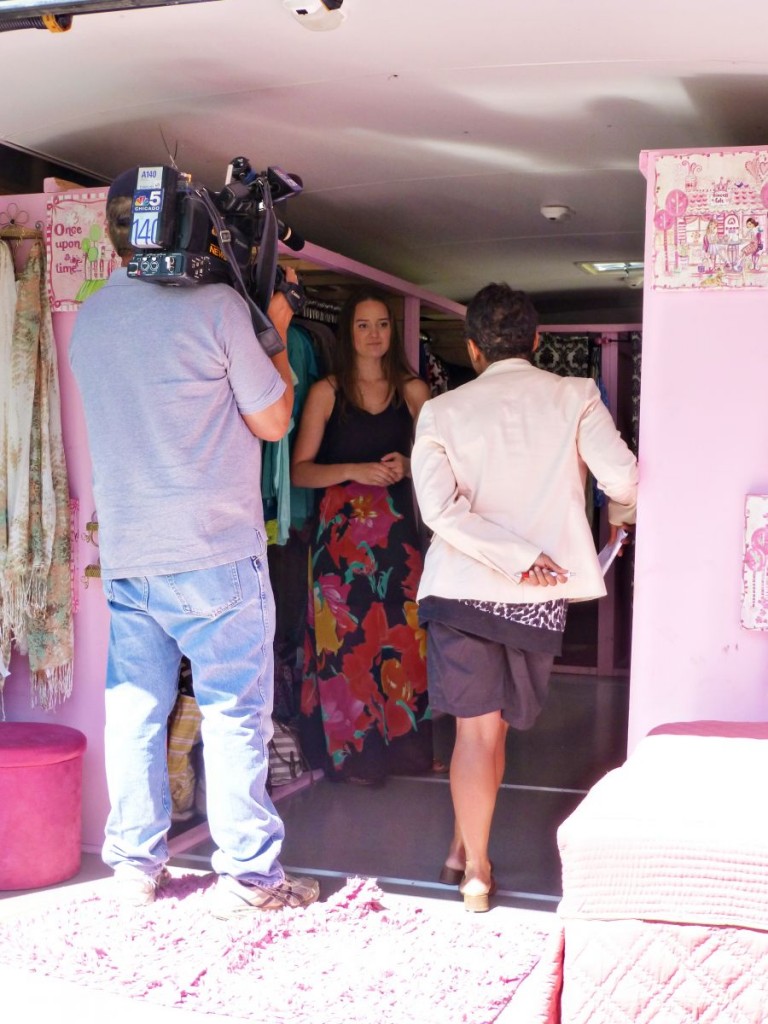 Being interviewed for the Chicago NBC affiliate

The Chicago NBC affiliate also came to interview and check out the setup. They interviewed an adorable girl named Lexus and also myself. A bit later, after the interviews and toward the end of the day, they asked if they could get some b-roll footage of the bags because they had forgotten earlier. However, they were all gone! There had been at least thirty to thirty-five!! Bags are popular! 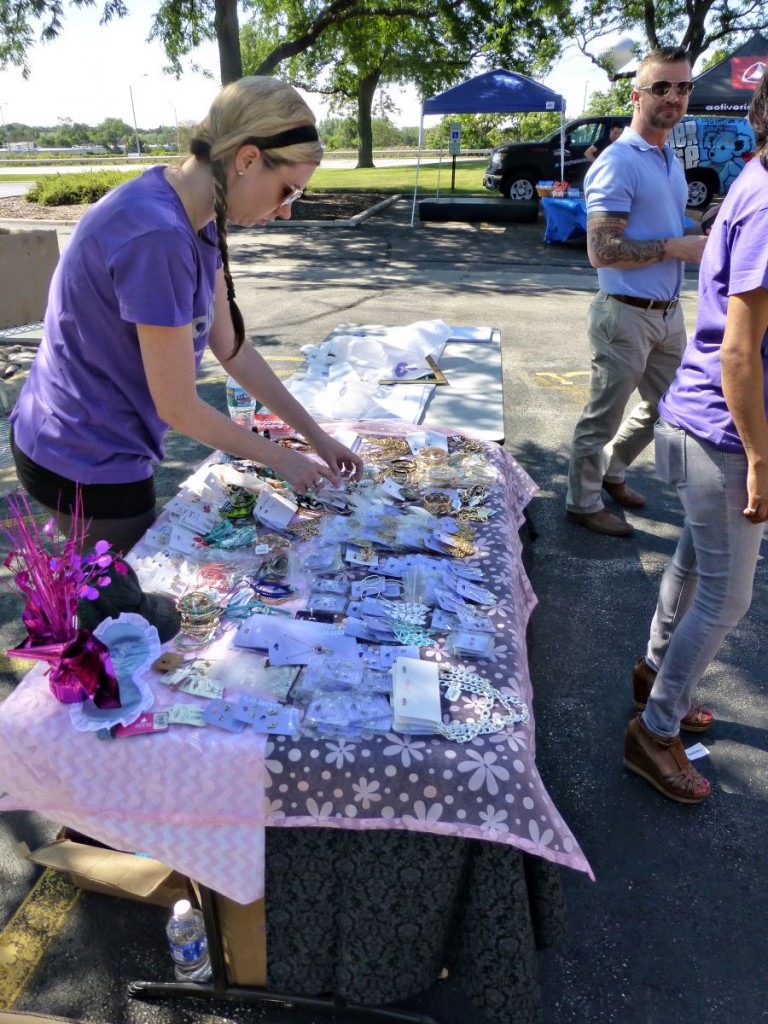 After the event was completed, Coartney from PR was kind enough to give us a tour of the inside of the HQ. My mom, Grandpa Gus, and I really enjoyed seeing the ‘mall’, which is basically where they stage how all stores should look. It was really cool to see six or seven Claire’s store in a row in a mall-like atmosphere. 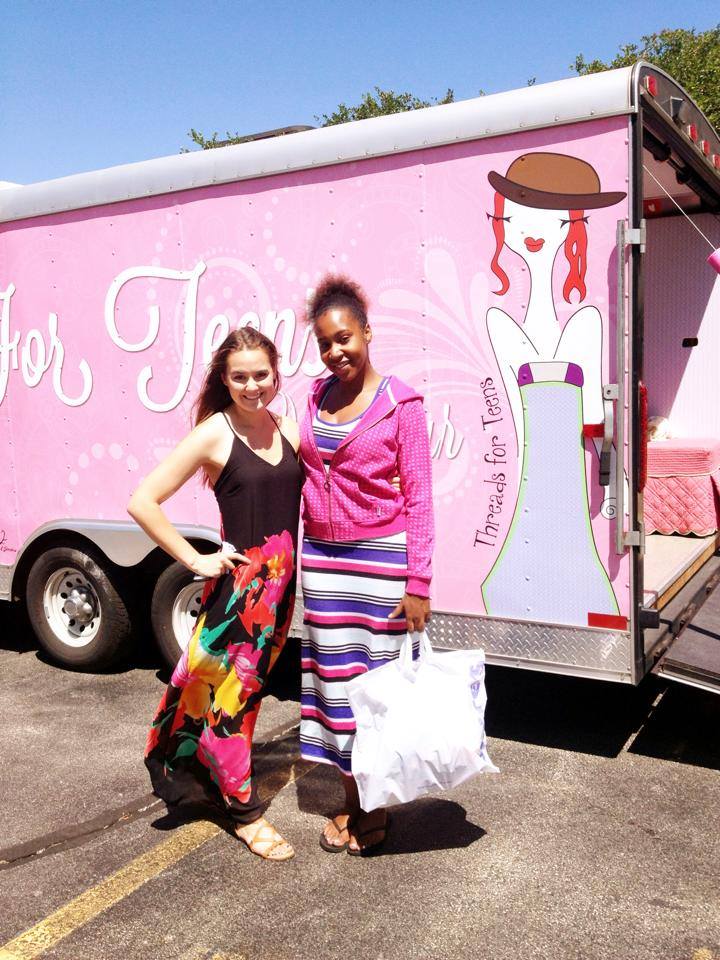 After we finished our event in Chicago, we had a several hour drive ahead of us to Detroit. Along the way, my mom thought it would be fun to be sneaky and take pictures of my sleeping in the backseat. In the process, she managed to snap an interesting picture of herself….so my revenge is putting it on the blog. 😉

Ladies and gentlemen, my mom, Amy